The first ever deep water drilling in the Pakistani waters, 184 KM off shore for the underwater deep well KEKRA-1 conducted by the world’s most sophisticated drill ship D/s SAIPEM 12000, managed & operated by its Italian owners the Saipem-SPA. Alpine comprehensively and professionally covered SAIPEM 12000’s call into Pakistan, complying with all regulatory requirements applicable locally & internationally to ensure its smooth presence & smooth departure from Pakistani waters after the drilling operation, that involved continuous & regular engagement with all Government offices for processing and securing of permissions and waivers. Besides, the extensive husbanding services specific to off-shore drilling operations, e.g. Custom Clearance, Logistics, Hotel & Transport, Medical assistance & other arrangements for massive crew Roll-Over, Alpine maintained smooth and un-interrupted crew transfers to-from RIG by surface crafts & speed boats even during suspension of helicopter service upon official closure of Pakistani air space for security reasons.

Thus Alpine performed all the entrusted tasks & services successfully to the entire satisfaction of client and earned their appreciation in various forms. 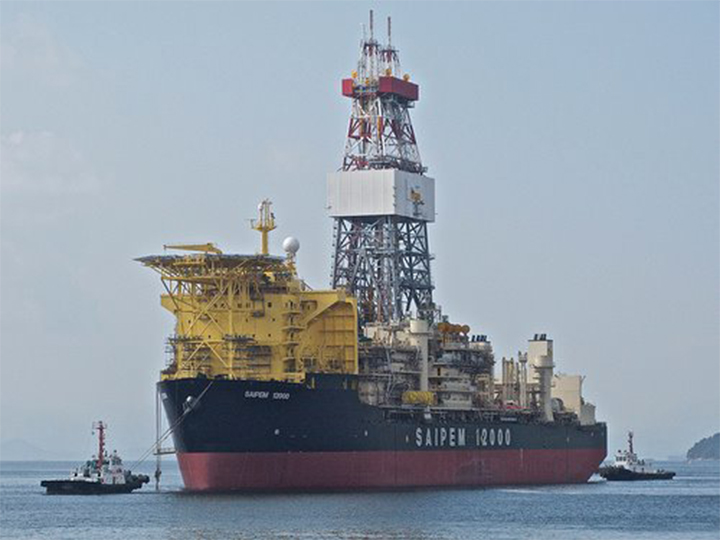 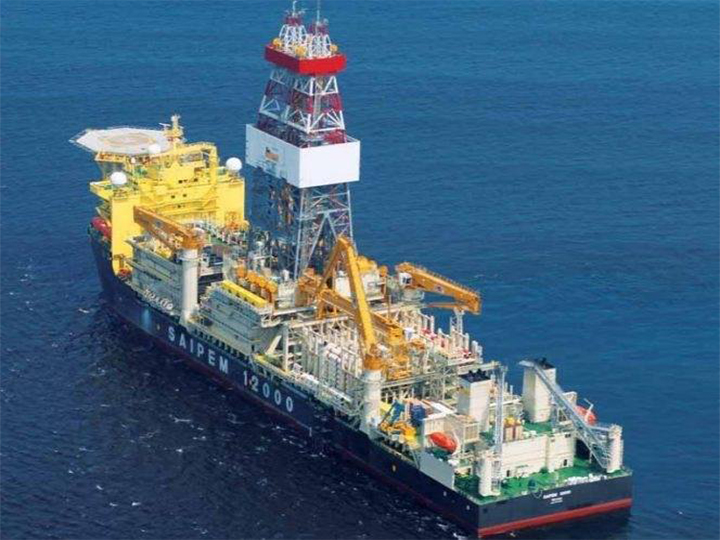 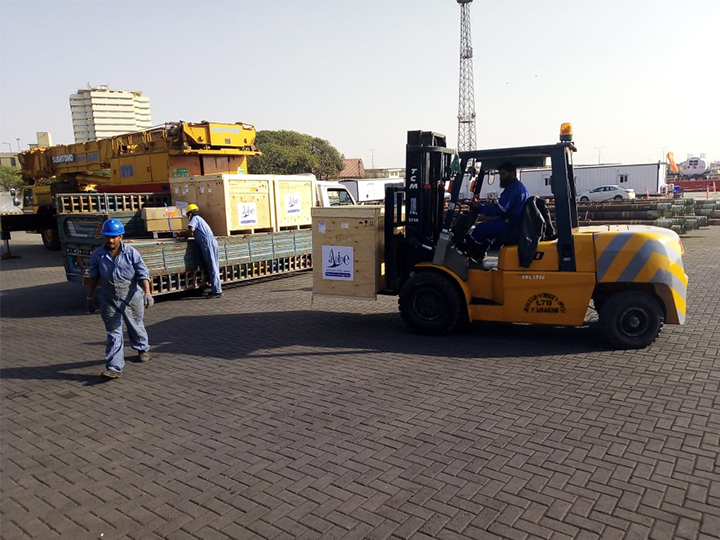 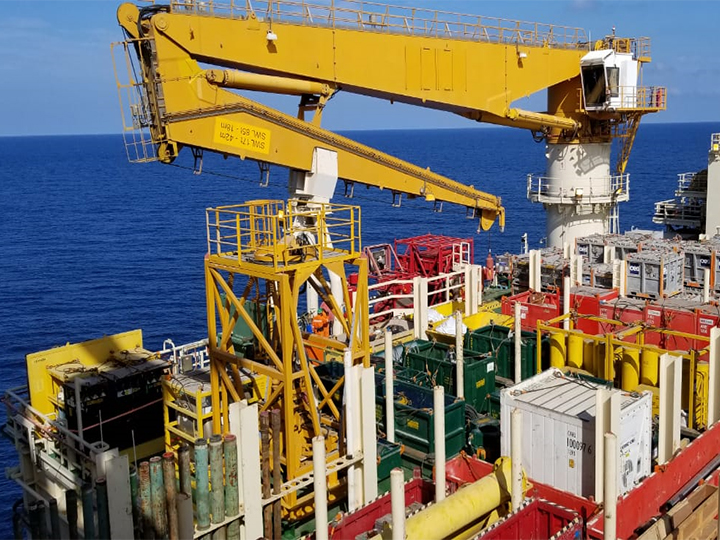 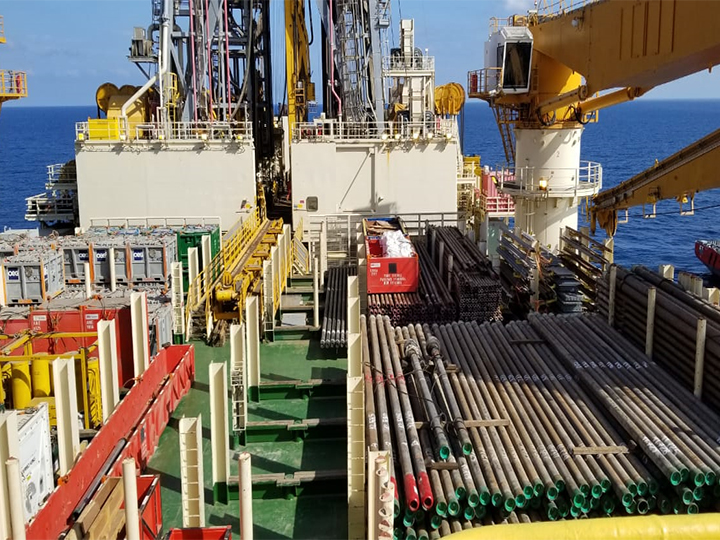 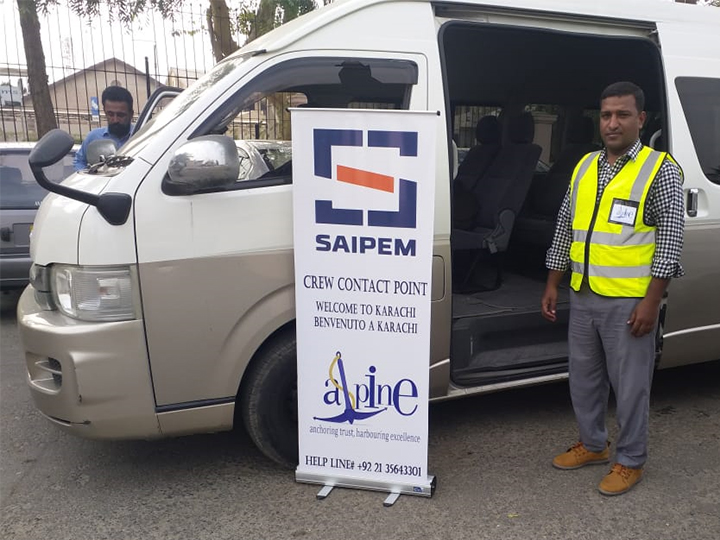 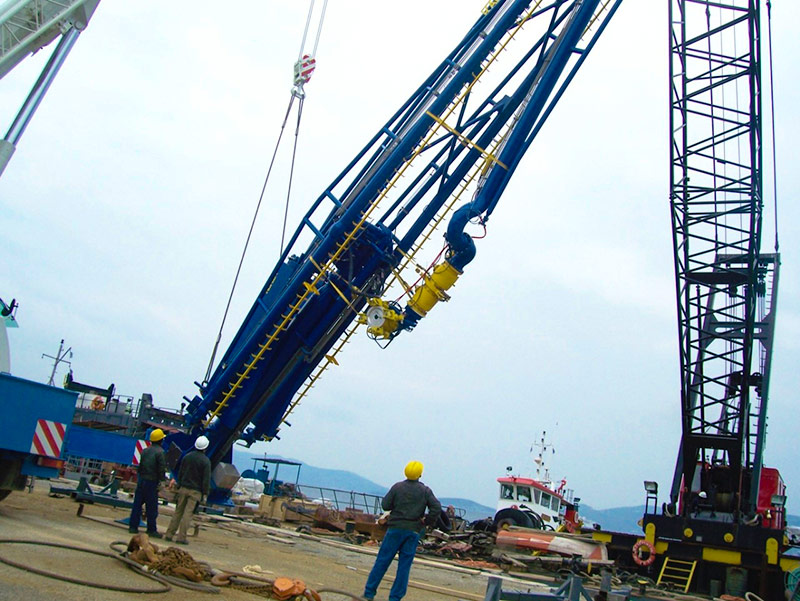 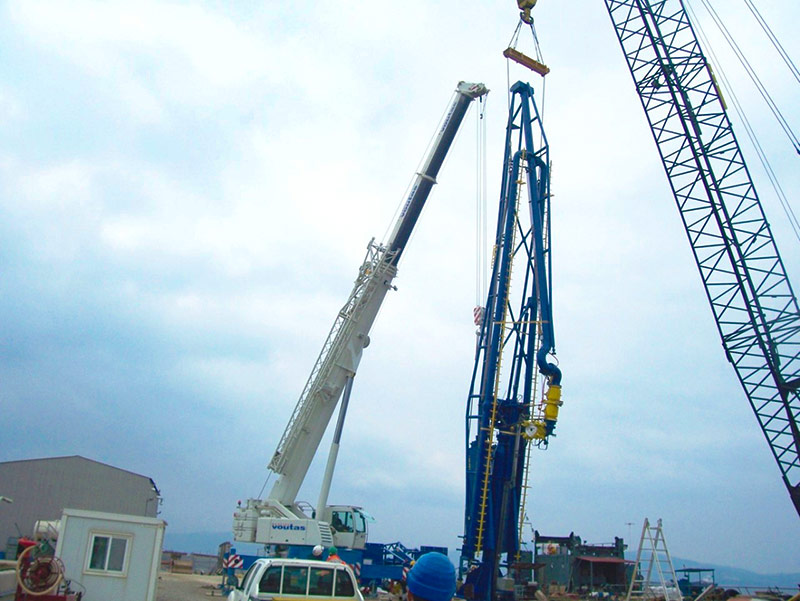 As agents of the FSRU Alpine assisted and coordinated the safe installation of the newly imported MLA weighing 78 MTs at the EETL terminal berth of Port Qasim, execution of this highly technical and time-sensitive project required it's timely & safe completion as per the pre-decided time-line consistent with the EETL/FSRU down-time window of 48 hours. The limited work window of only 48 hours as allowed for completion of entire project covering both the operational & technical activities was an imposing task, which involved moving out the FSRU from terminal to conduct & complete the technical works, and again re-berthing the FSRU alongside ready to restore terminal operation. While the technical activity entailed bringing-in & positioning of a heavy lift floating crane at berth to assist in holding & handling the MLA installation.

Alpine closely engaged & coordinated with all stake holders, service providers and the senior port management, thoroughly discussed well in advance to reach a mutually agreed port movement plan for the FSRU, Floating Crane & tugs which was properly followed and executed in successful completion of the MLA installation project to entire satisfaction of client, in general it included the following;

Introduction of LNG into Pakistan market to supplement the shortfall of indigenous gas supply consequent to increased local demand, especially during cool winters, and industrial shift to the usage of cheaper natural gas prompted the import of LNG, and hence availability on fast track basis of an LNG handling local port facility geared by a Floating Storage Regasification Unit (FSRU).

FSRU Exquisite, the first ever Floating Storage & Regasification Unit to reach the Pakistani shores, on maiden call in 2015 carrying LNG import for state owned Pakistan State Oil Co Ltd (PSO), and Alpine as preferred agents of PSO was entrusted the responsibility of port handling & smooth movements of the FSRU into a Pakistani port.

As local offices & authorities were not familiar with the LNG import or operations of FSRU, so initial teething issues were faced, but Alpine with it's vast experience & local expertise acting proactively engaged all higher authorities and resolved such matters prior arrival. Accordingly, FSRU Exquisite was arranged for safe & timely berthing at the new terminal where she performed smooth operation on maiden call, which was followed by her subsequent successive port calls under Alpine before she was permanently moored to become part of first LNG terminal in Pakistan.

Thus Alpine merits the distinction as being the pioneer LNG handling agency of Pakistan, and even to this date port shifting movements of the FSRU Exquisite (to & from anchorage), as and when necessary to conduct maintenance dredging works at berth, and also processing & complying with the Port State documentary requirement for issuance of Operations Permission Certificate to FSRU from Govt. Marine office (MMD), both the aforesaid tasks contractually entrusted to Alpine for relevant coordination & arrangements with the Port Qasim authorities, and the MMD office for surveyor inspections & visits onboard the FSRU. 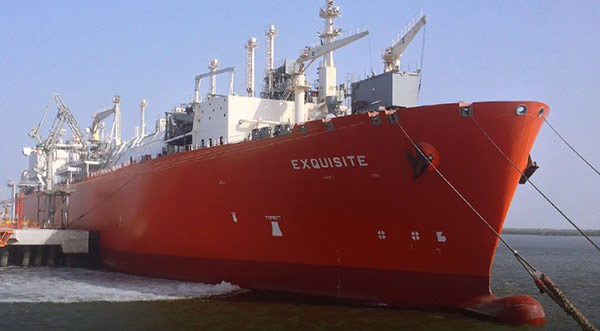 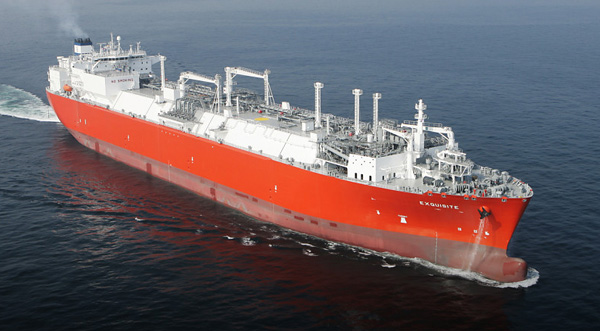